How to Get Your Podcast to No.1 in iTunes! (My Personal Launch Strategy) 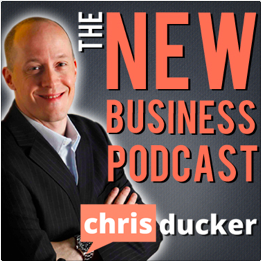 Warning: This post is a little longer than most, includes statistics, numbers and a handful of images, too. If you get a nosebleed from reading it – don’t blame me!

On December 22, 2012 I launched The New Business Podcast here on the blog, with its iTunes listing popping up a week later, on December 29.

Since its launch I have been continually blown away by the download numbers, the tweets and other types of feedback and how it’s already started to shape my brand even further.

Imagine the look on my face when, after getting back from speaking at New Media Expo in Vegas, I logged into the US iTunes store to see how ranking was coming along, to discover I was in the No.1 spot in the New & Noteworthy section for both the ‘Business’ and ‘Management & Marketing’ categories – my two main focus categories.

Was I happy? Yes… Shocked? No… And today I’m gonna tell you why…

I could say that this was all down to luck. But, if I did, I’d be doing myself a massive amount of injustice, because I was very calculated in the way that I launched the podcast, and pretty much everything went off without a hitch.

It was indeed the actual timing of the launch that helped a lot. However, having artwork that ‘popped’, and understanding that I had 8-weeks to shine (more on that in a minute), certainly helped. So, I’m gonna break these three main points of focus down, one by one, so that you, too, can enjoy the top spot and everything it brings to a new podcast after you launch your own.

Timing of the Launch

I had recorded my first episode of the podcast with Amy Porterfield in mid-October. I told her it would be a couple of months before it went live, as I was simply getting ready with everything, which she was cool with.

Between then and the middle of December I had recorded and edited another eight episodes, all ready for the launch, which was set for December 22nd.

Why was I releasing then, and not before? Simple. Christmas gifts.

I figured with all the additional iPhone’s, iPod’s and iPad’s being purchased to be given away as gifts over the silly season, that there would be an onslaught of people searching through the iTunes Store for content to enjoy on their new devices.

Now, although I hadn’t considered the fact that Apple were going to take things easy over the Christmas break, and as a result my iTunes listing for the podcast came a few days later than I expected, my method was still bang on! And there’s always a method to the Ducker madness!!!

Upon release of that first episode, and two others (with Scott Fox and Pat Flynn) within the same week (I’ll explain why I released three episodes so close together in a minute) the podcast accumulated 1,748 downloads – just from my blog.

Within the next 5-days that would jump to 4,545 downloads – thanks to finally getting the iTunes listing.

What was happening was people were finding the podcast through searching (or coming directly from the blog), and simply hitting the subscribe button (not a bad enough :-)), and downloading all three episodes. Basically tripling my numbers out of the gate!

The result was those two top spots in my focus categories of ‘Business’ and ‘Management & Marketing’, as you’ll see below: As an avid podcast listener myself, I am familiar with the way people search for, and consume content via iTunes. On both a desktop, laptop and mobile device.

One thing that I had noticed was that my eyes were naturally drawn towards artwork that really popped out at me, when I was searching. It could be an image, or typeface that caused this. But, most of the time it was color. The brighter the color, the more drawn I was to clicking on the artwork to find out more.

So, I decided to not only design artwork that would follow my branding – which I’ve had many people comment on, in regards to its consistency across all profiles, channels, etc., but also something that would ‘pop’ out at the person searching.

I chose a bright orange color for my title, and made the word ‘New’ larger than any other on the artwork, so that people would be naturally drawn to it. Not only that, but I was able to get my ugly mug on there, too, so that if people knew me from other sources, they’d recognize me immediately, and hopefully click through, too.

The final part of my launch strategy was to take advantage of a little known fact that many first-timer’s are completely oblivious to, in regards to the ‘New & Noteworthy’ section of Apple’s iTunes Store.

Basically, Apple will automatically list your podcast in this section, which appears prominently in iTunes search results for every major category, for a limited period of just 8-weeks, following the launch of your podcast in the iTunes Store.

Meaning, before you’re booted into the ‘big pool’, you have two full months to shine in the ‘training pool’, and grow your audience.

This is the reason why I started out by launching three episodes in the first week. If you have just one episode, that’s all they can get their hands on. Simply put:

The higher up the search results you are, the more people will discover you, and it goes on and on, and on! It was at this point that I enjoyed a big surprise that popped out at me, as I was tracking my rankings one morning.

I discovered that I had been listed in the Top 10 ‘Management & Marketing’ podcasts along with iTunes heavyweights such as Seth Godin, The Harvard Business Review, Michael Hyatt, Pat Flynn and Derek Halpern.

Focus for the Future

Since the launch of the podcast I’ve published 9 episodes in total and now report a whooping 30,237 downloads at the time of publishing this post (March 9th, 2013). Pretty amazing! Episode 10 is out later this week! Subscribe now, not to miss it!

Although I am now in the ‘big pool’, along with all the other podcasts that have passed their 8-week incubation period in the New & Noteworthy section, I am still to be found in the Top 100, and although I’m focusing on a few other projects right now, regular episodes will come out (watch out for Neil Patel, CC Chapman and Darren Rowse in the next month alone!), and I hope to be able to get into the Top 50, and then the Top 25 as the year progresses.

A lot of this will come down to the frequency of my publishing. There are a lot of weekly podcasts now, which will naturally mean that they’ll rank higher, because of increased downloads. I’m not ruling out a weekly episode from me, but it certainly won’t happen for a while, thats for sure.

The bottom line here though is that I can do this, then you can do it. Seriously. Just a little hustle, some awesome guests and you’re off to the races!!!

I’d like to wrap this post by saying a huge thank you to anyone who has downloaded even a single episode of the podcast since it’s launch. You made this possible. Really – if it wasn’t for the fantastic community here at the blog I wouldn’t have enjoyed this ride so far. And I can promise you here and now – it ain’t gonna be ending anytime soon!

If you’ve not already rated the New Business Podcast in iTunes yet, it takes just 30-seconds and I’d be really thankful to hear what you thought of it, along with any ‘star’ rating you think its worthy of.

Thank you, again. And I’d love to hear your comments about this post below, too, if you have time. Finish Up the Year Strong – 3 Things to Do Now!

We have six weeks left in the year, and I have never been more excited about a six week period than I am about the How to MAKE MONEY by Being… YOU!

So you’ve built up an incredible career:  you’ve put in the time, the energy, the effort, the hours required to become somewhat of an expert

Any cookies that may not be particularly necessary for the website to function and is used specifically to collect user personal data via analytics, ads, other embedded contents are termed as non-necessary cookies. It is mandatory to procure user consent prior to running these cookies on your website.

Join Chris Ducker, May 24, 2021, and learn how to… Build Your Audience. Monetize Your Expertise and Become Future-Proof!